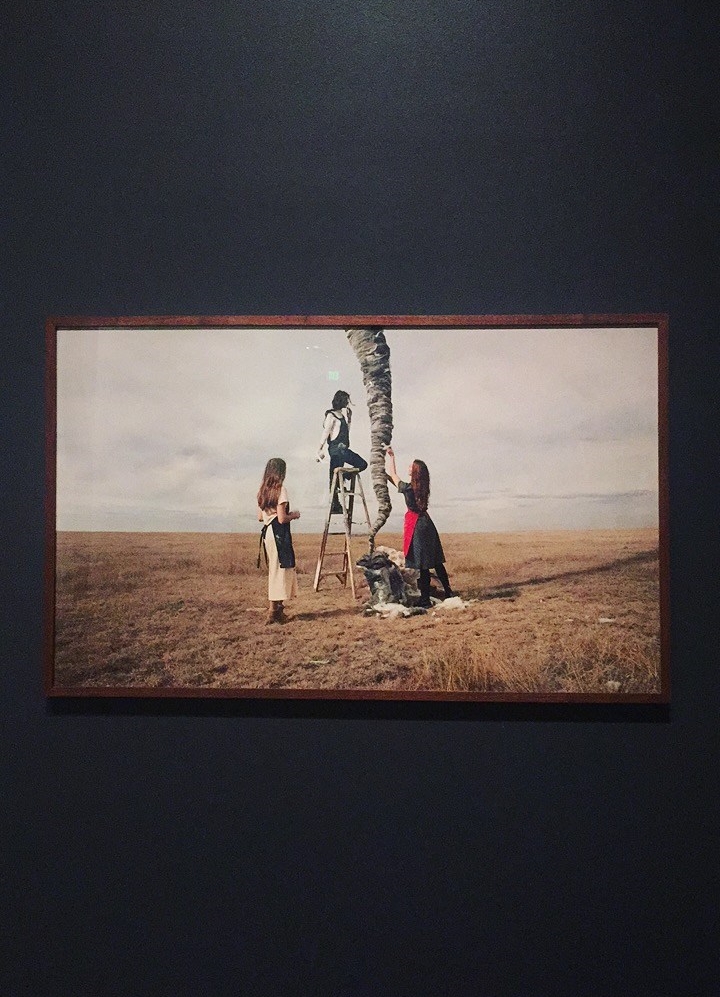 Any day at Denver Art Museum should start at Amethyst Coffee Co.

I’m obsessed. We went around 10:30 on a Thursday. It was pretty busy, but the barista was still super helpful. I had an iced key lime caramel latte, because I’m a sucker for interesting flavor combinations. I’d recommend it, although I would have preferred a stronger key lime flavor. I also tried a vegan apple spice doughnut.

Seriously. I want to spend every day here.

The vibes were so good, the wifi was so strong, and the playlist was so dope (Manchester Orchestra anyone?) that I ended up coming back later in the afternoon to charge my phone, enjoy a cortado, and plan out the rest of my day. 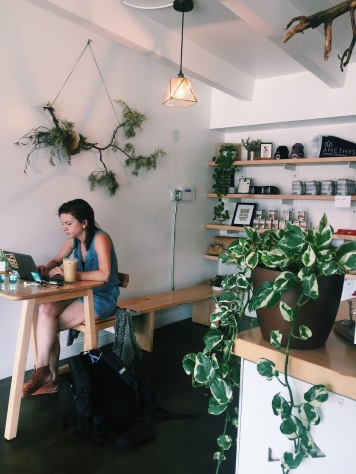 So many perfect plants. 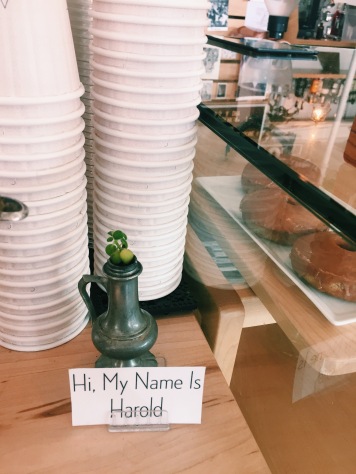 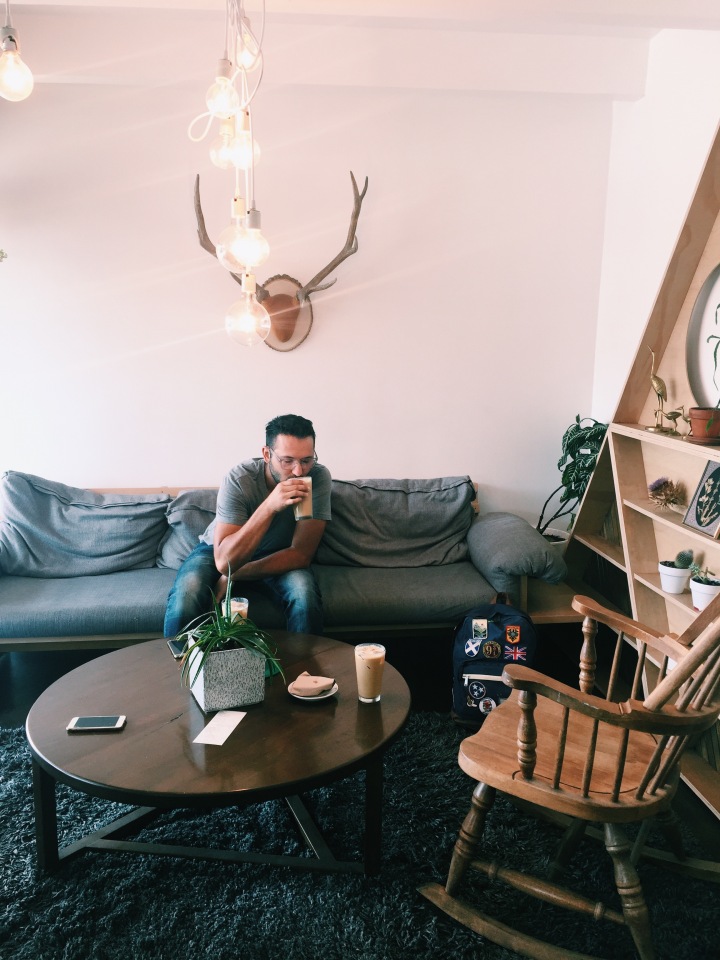 I asked the two baristas how to get to the art museum and they gave me detailed instructions. (It involves walking to the corner, turning right, and walking one block until you see odd-shaped buildings.)

I’m a sucker for an art museum with cool architecture. If the museum itself isn’t art, I find it hard to trust that it will hold decent art.

The cost is $13 for adults, with an additional $5 to see the special exhibit. I figured future chances of seeing an exhibit on Western films and the art that inspires and is inspired by westerns were slim, so I sprung for a ticket to the special exhibit, The Western: An Epic in Art and Film.

Entrance to “The Western” exhibit

The Clint Eastwood area was one of my favorite parts of the exhibit.

I enjoyed the film clips spread throughout the paintings and other art. I am partial to art exhibits set up in interesting ways – not necessarily by medium or by time period, but rather, by how the pieces influenced each other (The Barnes Foundation in Philly is a great example of this). Pioneer painters and indigenous artists inspired western film directors, and those westerns in turn influenced later artists.

Here are a few of my favorite paintings in the special exhibit:

The rest of the museum is beautiful. Each floor is a different time period/culture/movement. I confess to moving through the Spanish Colonial, Asian, and American Indian wings pretty quickly.

The European & American collection had a few really pretty Monets and other Impressionist paintings. (I’m a sucker for the French Impressionists, especially Cezanne.)

Here are two of my favorite paintings in this collection:

Another collection I enjoyed was the Modern and Contemporary Art collection. 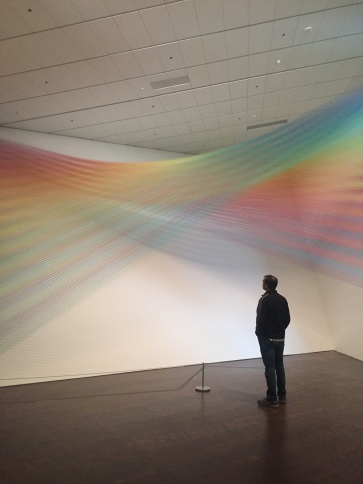 This is textiles, not lazer beams. I stared for a long time.

All in all, I’d recommend the Denver Museum of Art. I really liked the Modern and Contemporary section, and the museum itself was fun to explore.

Bonus: this is one of the best museums I’ve ever seen for children. Every collection had fun areas for kids, including puppet shows, art projects, family patios, and rooms full of toys. I haven’t seen anything like it in any other art museum I’ve been to.

Pro tip: There are lockers at the museum, so if you’re roaming around all day with a suitcase in tow (like I was), you can leave it there – just be back before the museum closes!

WOAH SO COOL: If you visit the museum from Tuesday-Thursday during the summer months, be sure to check out the food truck festival in the nearby Civic Center Park. I was pleasantly surprised when I stumbled upon a large array of food trucks.

After stumbling around in a daze for awhile, unable to decide what I wanted to try, I settled on Venezuelan food and a popsicle, and was not disappointed in the least.

Arepa is the BEST. Seriously. Like a taco but… dare I say it? … better.

Have you been to this museum or any other art museums in Denver? Where should I go next time?

I write about faith, books, travel, culture, and whatever else suits me on any given day.

I also write fiction and poetry, which I occasionally share here.

We are a participant in the Amazon Services LLC Associates Program, an affiliate advertising program designed to provide a means for us to earn fees by linking to Amazon.com and affiliated sites. If you purchase something through an Amazon link posted by me, I will make a small commission. I will never link to any items I do not use and love.
Loading Comments...