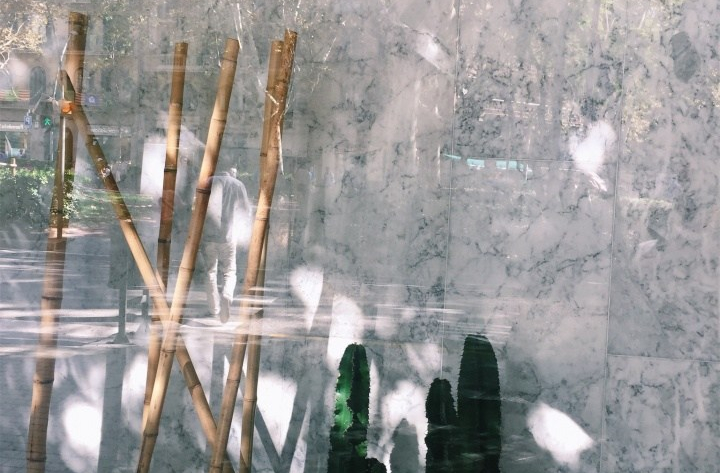 Surrender is a theme I always seem to come back to.

What does it mean to surrender everything, my will, my dreams, my desires, my everyday actions, to Him?

When I look at my life, I wonder if I’ve ever done it – truly surrendered. I know I’ve done it in moments; I know I’ve even done it in seasons. As often as I let God take control, I always end up coming back, taking the reins back from Him, and saying, “Hey God, thanks, you’re great, but I’ve got this.”

I kicked myself a few times lately, because I face different situations in my life, and I’ve been wrecked by anxiety to the point where I can’t sleep because I just lie there letting the anxiety wash over me in waves. It’s been hard because that’s Old Carrie. Old Carrie couldn’t sleep because of fear. New Carrie can’t even stay awake to read a book for 5 minutes in bed. Old Carrie is the one who had to control everything. New Carrie’s supposed to be good at trusting. New Carrie knows the only way to get rid of the anxiety is to give the reins back to Him.

Each of those situations – the anxiety causing ones? Yeah, they worked themselves out. Really well. And I’m left sitting here with the reins in my hands, wondering why I’m holding them when honestly I couldn’t control a horse or a buggy or whatever else has reins, for the life of me.

A wise man once told me, you can get by without God. There are some things you can even do really well, without God’s help. You might look fine, or even great, and you might feel like you’ve got it, and you might be able to control things and make things happen for a long time, on your own. Look at yourself. I mean, you’re kind, and skilled, and good-looking, and you work hard, and you have amazing qualities and things you’re really good at. But when you let God actually step in and help you, you will do so much more. You WILL do so much more. So why limit yourself? Why limit Him? You can step from being fine and getting the couple things you see in front of you done, to doing things you never even imagined for yourself.

Esther (from the Bible, look it up) was a pretty cool lady. She seems smart. She was beautiful. She spent a year just literally making herself prettier. A year at a spa. (How do I get one of those?)

On her own, I bet she could’ve gotten Xerxes to fall for her. On her own, she could’ve hidden her Jewish heritage, and stayed safe in the castle, letting the spa life continue until Xerxes got tired of her, ‘sup Vashti?

With God, Esther was able to save her entire people, and herself, even though I’m sure it was terrifying and looked too big. Honestly, crazy. What a woman. What a God.

A fun thing about God is He doesn’t dream small.

He created a world that is creative, and surprising, and VARIED. He could’ve built us 5 mountains and an ocean or two, maybe a couple animals, maybe a few hundred stars, and we probably would’ve been amazed and inspired by it, and never needed EVERYTHING ELSE.

But it wasn’t enough for Him. He’s like, I want to create bioluminescent bays for Carrie to kayak through. I want to give her wasteland and waterfalls in Iceland and Scotland that she’ll look at and feel simultaneously big and small, ancient and newborn, all at the same time. I want to create a massive, grimy, red sand desert on the continent of Africa, and then, even though Carrie would be awed enough by just that, I’m going to create her a beast twice as tall as her, with a hump on it’s back that carries enough water for it to last in the desert for days, that’s also pretty comfortable for her to lean against, and then it’s going to carry her out into the desert. (Although, really, God, the hump could’ve been a little more comfortable, but it’s fine I’m fine.) I want to create languages that will inspire Carrie, and no matter how many words she reads, she’ll never know them all. She will learn her whole life and never learn all the things I have for her. I’ll give her red sand beaches, and black ones, and pink ones, and I’ll give her rivers of hot water she can jump into after long hikes through Icelandic tundra. God didn’t need to give us hot springs. We would’ve been fine with normal cold springs. But He did. Because He doesn’t dream small.

All your dreams and hopes? He sees that.

Yours are probably different than mine. He knows that.

Recently, when I’m worshipping and having quiet time with Him, I hear Him speaking all of it over me. All the dreams He’s brought to fruition for me, and all the ones He’s going to. I hear Him rejoicing over me, and I hear all the things He wants for me, and I get so excited and overwhelmed I can barely move.

I don’t know where I’ll be tomorrow, or in a year from now. I have NO IDEA. But I don’t feel any anxiety about it, and I don’t feel like I need to plan it all, because I know He’s dreaming better for me than I know how to do for myself. I know it’s going to be crazy and better than I can imagine, if I just give Him the reins.

I write about faith, books, travel, culture, and whatever else suits me on any given day.

I also write fiction and poetry, which I occasionally share here.

We are a participant in the Amazon Services LLC Associates Program, an affiliate advertising program designed to provide a means for us to earn fees by linking to Amazon.com and affiliated sites. If you purchase something through an Amazon link posted by me, I will make a small commission. I will never link to any items I do not use and love.